Dave Ventker
The basic requirement for a company to compete for government contracts using the preferences provided to small businesses owned by women and/or minorities is that at least 51% of the company is owned and controlled by women or minorities. There is often a lot of grumbling by business competitors who lose out when bidding on government contracts that the successful bidder is a scam and that the woman stated to be the owner is a mere figurehead with no actual control over the company.

In 2001, Keith Hedman created a security contracting firm in Arlington, Virginia with an African American woman who was listed as the president and CEO. The company thereby became eligible to participate in the Small Business Administration’s Section 8(a) program . When the woman left this position in 2003, the company was no longer eligible to participate in the SBA program. This, of course, did not stop the enterprising Mr. Hedman. He simply created another shell company, persuaded Dawn Hamilton, a woman of Portuguese heritage, to serve as the figurehead owner of the new company, while Hedman and the executives from the original company were actually in charge and running the show. They maintained the charade to the SBA through 2012, even in the face of complaints from business competitors.

As noted in a press release announcing guilty pleas of the major players, the U.S. Attorney for the Eastern District of Virginia took a dim view of the behavior of Mr. Hedman, Ms. Hamilton, and their cohorts, and it did not matter that the services contracted for were actually provided in accordance with the contracts. Had Mr. Hedman not set up Ms. Hamilton as a figurehead, other companies would have been awarded the contracts, which were valued in excess of $30 million.

We are pleased to announce that firm partners, Dave Ventker[...] 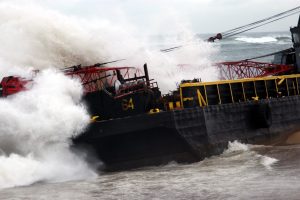 What Risk Do Marine Underwriters Face For Bad Faith Claims in Virginia?