In an unusual split-verdict handed down on September 13, 2013, the chief engineer of the coal ship ANTONIS G. PAPPADAKIS was found guilty of seven felony counts under the Act to Prevent Pollution from Ships (“APPS”), but the vessel’s owner and its operator were found not-guilty on all counts. USA v. Kassian Maritime Navigation Agency, Ltd. et al., No. 2:13-cr-70 (E.D.Va.). The verdicts came after a 9-day jury trial.
TWO “MAGIC PIPE” TRIALS IN NORFOLK IN TWO MONTHS
Notably, this is the second such “magic pipe” trial before Norfolk federal judge Mark S. Davis in two months. In an August 2013 trial, the chief and second engineers of a Panamanian cargo vessel the THETIS, along with the ship’s owner/operator, were all found guilty of, among other things, conspiracy, failing to properly maintain an oil record book and falsifying records under the APPS. Sentencing is scheduled for November 8, 2013, and the ship’s owner faces a maximum fine of $5.5 million.
WHISTLEBLOWER’S GAMBLE BACKFIRED
In both Norfolk cases, crew members reported to Coast Guard officers on routine ship inspections that there was a “magic pipe” system on the ships designed to dump oily bilge water straight into the ocean. This bypassed the ship’s oily water separator, which is designed to filter and store contaminated bilge wastes for later disposal when the ship reaches port or for discharge of properly filtered water. Under the APPS, “whistleblowers” are eligible to receive up to half of any fines imposed on guilty parties—fines which can be in the millions. Indeed, one line of defense used by the owner and operator in the PAPPADAKIS case was to question the whistleblower’s motives and credibility. However, it looks as though the whistleblower’s gamble did not pay off this time—the “deep pockets” of the ship owner and crewing company cannot be reached with the not guilty verdicts. It is highly unlikely any fine can be collected against the chief engineer. Sentencing for the chief engineer is scheduled for December 16, 2013. One can only imagine that the Philippine crewman who blew the whistle will not be popular when he tries to return to his regular life as a vessel crewmember.
JURY ACCEPTS NO KNOWLEDGE/NO TOLERANCE DEFENSE
The primary defense of the the owner and the operator hinged on their lack of knowledge of the magic pipe and their “no tolerance” policies for such environmental violations. The jury must have accepted the defense that the chief engineer hid his wrongdoing from the ship’s master, thereby shielding the owner and operator from any knowledge of the chief engineer’s actions.
PLIGHT OF THE PAPPADAKIS—MAROONED IN PORTSMOUTH BY THE US GOVERNMENT
This is hopefully the beginning of the end for the long plight of the PAPPADAKIS. As we reported in our earlier blog entry, the ship has been stuck at the Portsmouth Marine Terminal since April 2013 with a full load of coal that was bound fro Brazil. The USCG conditioned departure clearance on posting a $2.5 million bond and cooperation with the prosecution—a bond which the ship’s owner claimed it could not afford. Though the Norfolk federal court found the USCG acted without authority, the Fourth Circuit reversed, and the ship has remained in Norfolk, in limbo, ever since. Thousands of local residents taking the Midtown Tunnel between Norfolk and Portsmouth pass by the ship daily, likely wondering why the tied-up ship never goes anywhere.

Presumably, now that criminal proceedings are almost over, the USCG will grant departure clearance so the PAPPADAKIS and its coal can make their way to Brazil. This assumes, of course, no new litigation arising from the failure of the ship to meet its original sailing schedule.
Pasted Graphic

The U.S. Consumer Financial Protection Bureau Moves To Protect Employees From Their Employers

David VentkerAs the costs of financial transactions mount, and as[...] 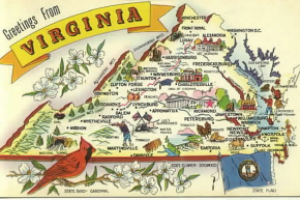 By Rachel Shafer. In the upcoming weeks, we will be[...] 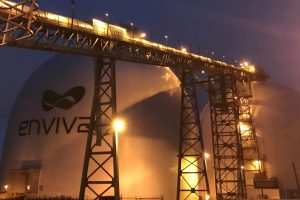