A recreational boat owner learned this lesson, to his chagrin, when a newly-purchased 66-foot sport fishing vessel was found to be unseaworthy on its first voyage after purchase due to considerable flexing exhibited by the hull during the voyage.  The owner made an insurance claim to AIG, and the mortgage holder asserted its rights to protection under the policy, but in the end the Court found the policy void based on a material representation of the purchase price for the vessel (among others).  It is another win for the weathered legal doctrine, still surviving in marine insurance but long abandoned in other insurance contexts, of uberrimae fidei.  This doctrine, meaning “utmost faith,” imposes a duty on those applying for marine insurance to disclose all facts that may be material to the insurance risk.  It has been applied broadly, such that even minor mistakes on a policy application have voided the policy.  For obvious reasons, marine insurers love uberrimae fidei.

The 11th Circuit’s recent opinion in AIG Centennial Ins. Co. v. O’Neill, No. 13-13243, 2015 WL 1607788 (Apr. 10, 2015), once again cements the vitality of the uberrimae fidei doctrine as applied to marine insurance policies.  The Court held the marine insurance policy for the vessel was void ab initio–or a legal nullity–because of misrepresentations in the policy application.  The insurance policy was found void even though there was no intentional deceit.  Rather, the Court describes a chain of errors that resulted in the mistakes on the policy application:  (1) the vessel buyer had his secretary complete the insurance application (apparently without reviewing it); (2) the insurance broker did not explain the insurance application process (including the tough uberrimae fidei standard) to the secretary, and (3) the broker did not inform AIG that the policy identified the wrong named insured.

At issue were at least three misrepresentations on the application:  the vessel owner was listed as J. Brian  O’Neill but was actually an LLC he had set up to hold title to the vessel; prior losses listed a boat lost by fire earlier but not other “losses” claimed under marine insurance policies; and, most importantly to the Court, the purchase price, which the secretary listed as $2.35 million but was actually $2.125 million (a mere $225,000).    It turns out the purchase price mistake was a $2 million mistake.

After an 8-day bench trial, the district court found the marine insurance policy to be void ab initio due largely to the misrepresentation of the purchase price.  The court heard evidence from underwriters that they rely on purchase price to, among other things, set the insured hull value.  The district court also found the preferred ship mortgage holder, Bank of America, had no rights under the standard mortgage clause in the policy because the mortgagor on the loan was not the named insured.  The 11th Circuit agreed.

Notably for marine insurance purposes, the Court rejected  arguments that state law regarding ambiguity of the term “purchase price” should apply to the insurance application.  The Court affirmed that the federal maritime doctrine of uberrimae fidei controlled, and state law “provide[d] no refuge in claiming ambiguity.”

The moral of the story:  be careful what you delegate to others; responsibility for marine insurance applications should not be delegated if you ever hope to collect on the policy.

Beware The Arbitration Clause – You May Be In For An Unpleasant Surprise.

Dave VentkerWe are on occasion presented with contracts containing arbitration[...]

Dave VentkerThe basic requirement for a company to compete for[...] 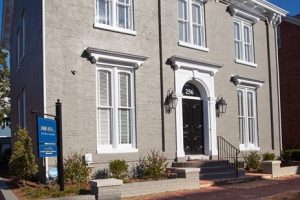 After 12 good years in Norfolk's World Trade Center, we[...]