The Supreme Court ruled this week the Sarbanes-Oxley Act, intended to prevent corporate coverups in the wake of the Enron debacle, could not be used to prosecute a fisherman accused of throwing evidence of fishing violations overboard. Fishing regulations are stringently enforced by both state and federal authorities.  John Yates, captain of a commercial fish boat, was boarded in 2007 in the Gulf of Mexico by Florida authorities, who found that of the 3,000 or so grouper aboard, 72 were below regulation size. Twenty inches was regulation size, and all but three undersized fish were between nineteen and twenty inches; the smallest was 18.75 inches. The Florida fish and wildlife officer, who had authority to enforce both federal and state fishing laws, issued a citation and ordered the captain to preserve those undersized fish as evidence. Four days later, the captain pulled into port, but the officer found only 69 undersized fish, and he suspected they were a different batch of fish entirely. One of the crew members admitted to replacing the original lot with other fish, on orders from Yates. Yates thought he would have to pay a fine and get on with his life. But almost three years later, federal officers came to his home to arrest him. When he was indicted, the regulation size had changed to eighteen inches, but it was too late to help Yates.

While such behavior, if true, undermines the fishing regulations and certainly should be pursued under the regulatory scheme applicable to fishing, federal prosecutors became interested and charged Yates with destroying evidence to impede a federal investigation in violation of the Sarbanes-Oxley Act, 18 U.S.C. § 1519. Yates, facing a maximum penalty of 20 years, decided to fight the case. But he was convicted by a jury, and the Eleventh Circuit upheld his conviction. The penalty was 30 days behind bars (served over Christmas) and three years of probation. Yates took the case to the Supreme Court, and, against all odds, the Court took the case and overturned his conviction. This mass of legal resources aimed at a man who, at worst, covered up a fishing violation of 72 undersized fish, makes one wonder if this was a profitable use of our federal legal and judicial resources. It all began with a federal prosecutor who chose to go after Yates.

Some on the Supreme Court apparently were also troubled by prosecutors expanding the reach of federal laws to apply to minor crimes. At oral argument, always-vocal Justice Scalia asked, “What kind of a mad prosecutor would try to send this guy up for 20 years?” Justice Samuel A. Alito, Jr., too, said to the government’s lawyer that the Act was “capable of being applied to really trivial matters, and yet each of those would carry a potential penalty of 20 years.” Even Michael Oxley, who helped draft the Act that includes his name, filed an amicus brief supporting Yates.

The Ruling:  A Fish is Not a “Tangible Object”

Ultimately, the court’s 5-4 ruling turned not on prosecutorial discretion run amok but instead on the finding a fish was not the sort of “tangible object” intended in the Act. The Court sided with Yates’ arguments that this law was intended to punish destruction of financial records—such as the mass shredding of documents that occurred at Enron. Justice Ginsburg wrote the plurality opinion joined by three others, and Justice Alito wrote a concurrence on similar grounds. Announcing her decision from the bench, Justice Ginsburg could not help but poke fun by making reference to Dr. Suess’s “One Fish Two Fish Red Fish Blue Fish.” The dissent, written by Justice Kagan, wrote the real concern by the majority was “overcriminalization and excessive punishment in the U.S. Code.” Justice Kagan agreed, stating:

[This law] is a bad law–too broad and undifferentiated, with too-high maximum penalties, which give prosecutors too much leverage and sentences too much discretion. And I’d go further: In those ways, [this law] is unfortunately not an outlier, but an emblem of a deeper pathology in the federal criminal code.

However, Justice Kagan noted the law did apply to fish, and “this court does not get to rewrite the law.”

No fish boat owner would hire Yates after the federal prosecution, and he lost his livelihood. He and his wife gathered what funds they could and opened a boutique furniture store, which they named Off the Hook. Now that Yates is truly off the hook—some 8 years after this nightmare began—one hopes he can get back on the water.

The commercial fishing industry, too, feels “off the hook” with the Supreme Court’s ruling. Had Yates lost his appeal, commercial fishermen would work in fear of the long, unsympathetic arm of a federal prosecutor reaching out to them. 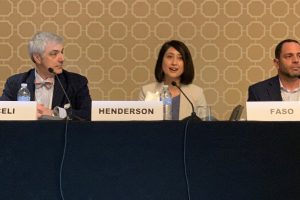 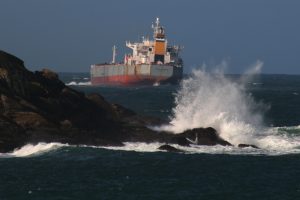 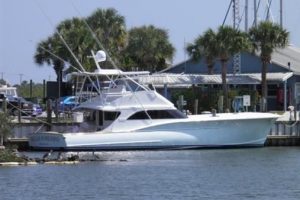